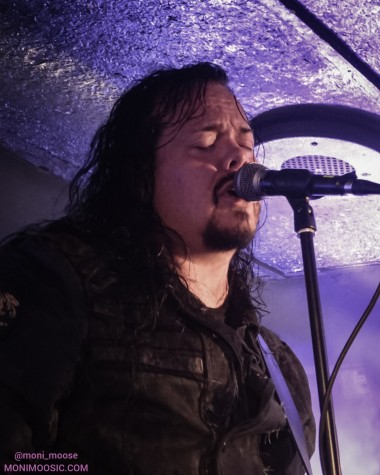 I can’t remember when exactly I heard about Evergrey for the first time. They are of course not a new band, they’ve been around for more than 20 years. What I do remember is that Floor Jansen did a song with them in 2016 on their album The Storm Within and called Evergrey her favourite band in some interviews. As a result, suddenly a lot of people started listening to Evergrey – which was for me a reason to avoid them, just so I wouldn’t feel like I’m jumping on some hype train. Actually I even saw them live when they supported Delain later in the same year, but I can’t remember much from that show – I think I was having a very bad day and was simply not in the mood to check out a new band and give them the attention they deserved.

Still, since then I knew what kind of music Evergrey play, and I knew I would probably like it if I’d just ever bother to actually listen to their music. But then the day has only 24 hours, the week has only seven days, and there are hundreds of great bands out there… That’s why me listening to Evergrey simply never happened. However, when they were announced as support act for Kamelot on the European tour in March, I appreciated this choice and thought it would be a nice opportunity to give them a new chance. 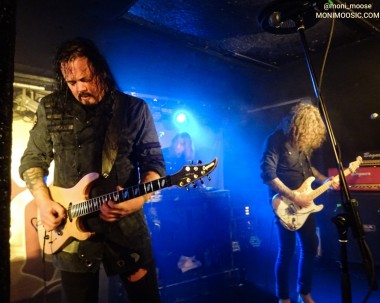 The storm within was very much a storm outside on the day of the first gig I attended on this tour. It was storming so much I was actually glad I made it to Antwerp in one piece, and then just had to follow the news about traffic collapsing everywhere on the roads, rails and in the air. But once inside the safety of the venue, the true storm started when Evergrey hit the stage and started their set with the opening riffage of A Silent Arc. Then Tom S. Englund started singing, and as the song slowly calms down towards the chorus, his voice spans like a stunning, (not so) silent arc over the guitars. It didn’t take me more than a few moments into the set to fall in love with Evergrey, and there was no turning back.

I loaded their current album The Atlantic into my Spotify the next morning before I left for work, added more albums later, and I hardly listened to anything else the whole week. (And the week after. And after.) By the time I saw them again for the next Kamelot shows, I was already able to sing along to the better part of their setlist, which consisted mostly of songs from the last two albums.

Evergrey are basically the prototype of a band I’m bound to fall in love with: dark and heavy, with melancholic and beautiful melodies, the perfect balance between catchy and proggy, and a wonderful voice that is strong and soft at the same time.

But there’s something else about them. Usually when I listen to music, it’s not so much about the lyrics for me. There can be so many different kinds of strong emotions expressed through the music itself, but for many bands I’m not interested in the lyrics at all. With some bands, I can appreciate the lyrics as beautiful poetry, but I still don’t feel any personal connection. Only very rarely does it happen that I hear a song and it hits me right in the heart, that I feel like I can truly relate to what is said (or rather sung). I don’t know how Evergrey do it – maybe they just happened to enter my life during a crucial personal situation – but they have a whole lot of songs where the lyrics hit very close to home and I feel they speak right from my soul. As if the emotional nature of the sound wasn’t enough, you can imagine how intense those songs make me feel.

Back to talking about the live shows. After the Kamelot tour, I obviously couldn’t resist buying a ticket for Evergrey’s headline show in Hamburg, and I was also lucky enough to catch them at Out Of Line Weekender festival in Berlin (for which I had bought a ticket earlier already because Dark Tranquillity were headlining). Both shows, but mostly of course the Hamburg gig, gave them the chance to play a longer set, to go a bit deeper into their back catalogue and to play gems like the atmospheric The Grand Collapse.

If you think Evergrey sound great on the albums – the live sound will make your jaw drop. Especially the guitar tone couldn’t be more perfect. The heavy riffs that are so defining to the songs sounded titanic, the solos were on point, and all the melodic layers of the sound which add to the melancholic atmosphere were there too, whether in the guitars or in the keys, all of them standing out crystal clear. Turning something ferocious into something immensely beautiful, that’s the strength of Evergrey, and even more so with the compelling live sound. And then there are Tom’s vocals of course, he delivered an extrordinary performance. To round it all off, the light show played the perfect game of light and darkness just like the music.

Do I recommend seeing Evergrey live? Yes, very much. Do I want to see them again? Fuck yes, many times please. Do I actually have time and money for another band obsession? Unfortunately not really… I might still try and make the most out of the next Evergrey tour that will come our way. 🙂