“Because there’s no such thing as rock stars,
they’re just people who play music…” 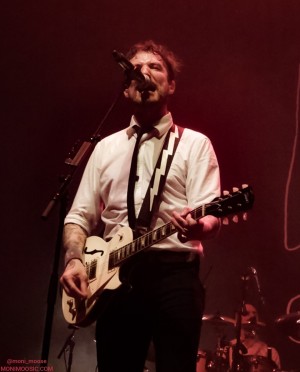 In spring 2011 I went to see Social Distortion at the last of four gigs in a row they played at the Docks club in Hamburg. Nothing memorable about their show for me… I enjoyed it I think. The support act was a young British singer-songwriter whose music I had quickly checked out shortly before and dismissed as not very interesting. But when this lanky, dark-haired guy in his white shirt took the stage, surrounded by his backing band, the Sleeping Souls, I changed my mind. He was passionate, he was likeable, he was funny, and his songs (especially I Still Believe, his ode to rock’n’roll) went straight to the heart as well as to the dancing shoes. My interest was aroused. I saw him again at Reading Festival that summer, shortly after noon on the main stage, but the show that changed everything was the first headline show I attended another few months later in front of a few hundred people. I’ll never forget leaving that show on a high, and waking up crying the next morning because it had been so beautiful and all I wanted was to go back and do it all over again.

Well, I did it again eventually. Over the years I saw Frank Turner many times – due to his habit of touring his ass off and playing around 200 shows every year, it wasn’t hard to catch him again and again. I saw the venues grow bigger and bigger. I saw walls shake from crowds singing along to Ballad Of Me And My Friends. And I saw Frank stay more or less the same lanky, likeable, humble guy who wants nothing but to play his songs and to share his passion and the ghost of rock’n’roll with each audience member personally. That, and to give us a history lecture every now and then, because for many places he visits he probably knows more about the local history than the audience.

Fast forward to 2018. Frank Turner and his Sleeping Souls are no longer playing in front of a few hundred people. Even though they didn’t use the full capacity of the Sporthalle – the second biggest indoor venue of the city – there must have been around five thousand people. A lot has changed for Frank Turner… but also, a lot has not changed at all.

Besides the very obvious change in the audience size, his sound has changed a bit, most notably with the latest record Be More Kind. Seeing him go full dance pop on Blackout early in the set, disco lights included – I can’t deny it was rather hard to get used to. Nevertheless, when he greeted the audience, he left no doubt about what we had to expect: “This is a punk rock show!” An arena-sized punk rock show maybe, but still. And it worked, just like it had worked on the small stage seven years ago. Keeping the tempo high with the hits from the more recent albums, but also not forgetting about staples like Try this at home or The Road, and keeping the tradition of playing a few songs alone on his acoustic guitar in the middle of the set. Instead of being distanced on his high stage, he came down several time to take a bath in the crowd, and spent the rest of the gig showcasing his usual weirdo jumps and dance moves alongside his Sleeping Soul sidekicks Ben Lloyd and Tarrant Anderson. Side note: The lineup of the Sleeping Souls has been the same for more than a decade now (not counting an occasional fatherhood leave) – Mr. Turner must be a good boss.

The most important thing about Frank that hasn’t changed at all is his attitude. He is maybe the most honest musician I know, and probably the only one who can call a 5k audience “my friends” and makes it sound totally okay and not like a pretentious idiot. Hell, he can make the whole crowd sway from side to side with their arms around each other, and it’s fine. He believes in the spirit of punk rock that can bring people together without boundaries, whether that’s 20 people in a pub or thousands in an arena, the spirit that has the power to make people be more kind. He carries his heart on his tongue, and into his songs. 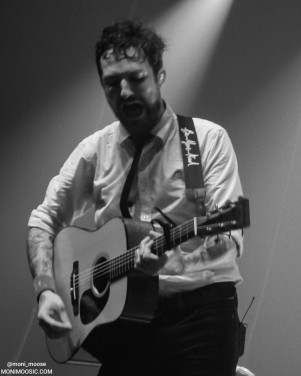 In general, I have to admit I’m not much of a lyric person. I mostly listen to music because of, well, the music. But Frank’s lyrics are by far too powerful to ignore them. They are very personal, he sings about his own life, his thoughts and feelings, about people he has crossed paths with – but at the same time, he sings about each and everyone of us. Everybody will probably be able to relate to a good part of his songs, and if you wanted to, you could find a fitting Frank Turner quote for every situation in life. Almost every song has a line you could tattoo on your forehead (hm, forearm maybe…) as mission statement of your life. Apparently there’s a little bit of Frank in everyone of us… but it’s still his songs he is singing. If you listen to his albums, you will always be able to tell how he was feeling at this certain point of his life. Talking about changes again – you know he was once a heartbroken guy who substituted lost love with music and wanderlust. You know he got better and recovered, until finally there she was, the love of his life, and you know that he is very happy now (although slightly mad at politics and society 😉 ). But in case you didn’t know that yet – well, he outrightly told the whole audience about his happy engagement. And again, what would have been totally cringey if anybody else had done it – it’s okay when Frank does it, because it’s genuine. Hearing him sing There She Is afterwards, a song I had found a bit boring and cheesy on the album, turned out to be one of my highlights of the set; as he poured his heart into it, he was feeling it.. we were feeling it.

Who cares that his voice might have cracked on some of the higher notes throughout the set – Frank’s songs and his personality still made for a great concert. Dancing, rocking, singing… critical thinking, loving, feeling. Frank always finds a way to balance these ingredients and to form a natural whole out of them. And he will probably still do that when he plays stadiums one day. 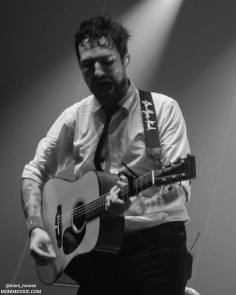 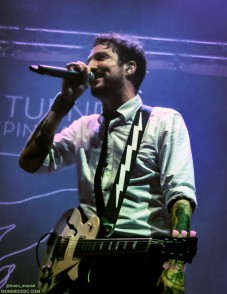 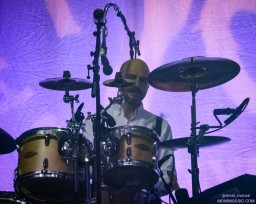 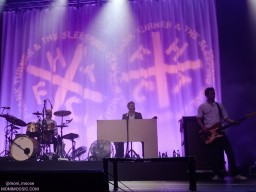 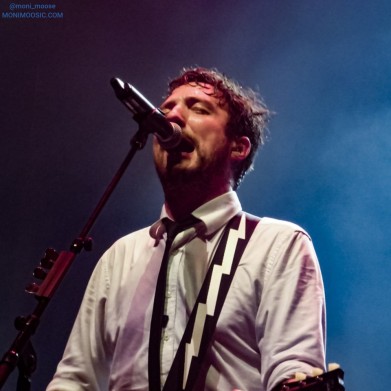