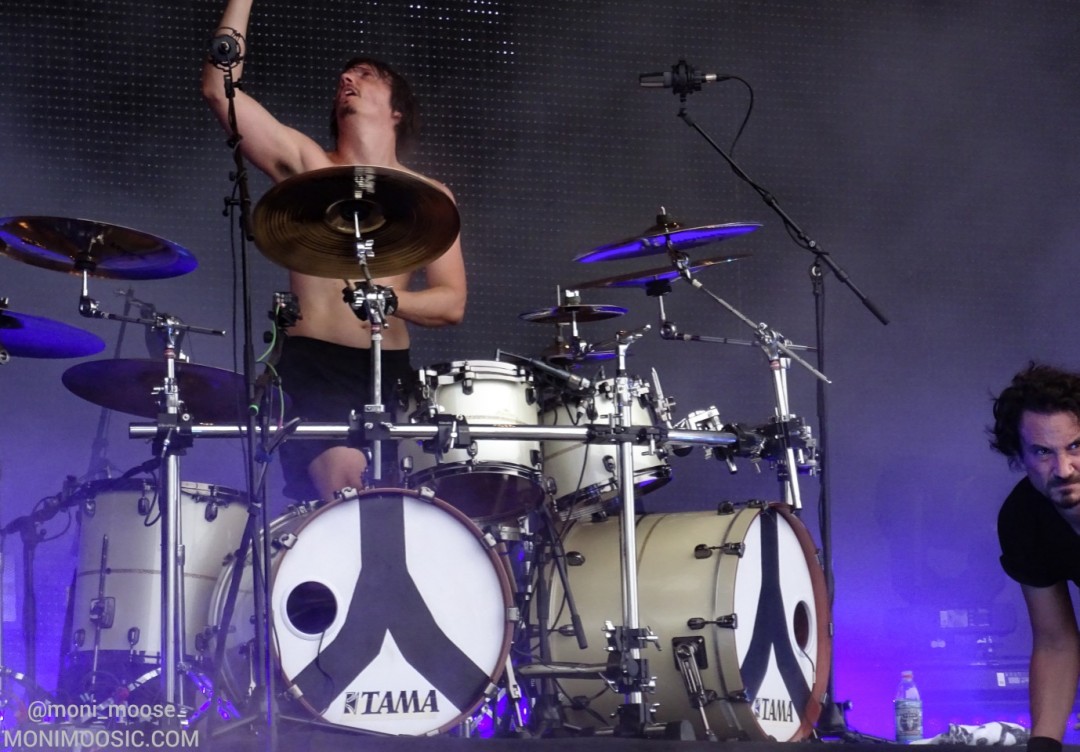 Gojira are probably one of the festival bands of this decade. If you’ve been to metal festivals over the last few years, you will probably have seen them at some point, because they have played a lot! Me, I have seen them at least six times now, and only one of them was not a festival. I even discovered them by seeing them at festivals. And to be very honest – the first time I saw them, I thought they were awful. Not in the sense that they played bad, but it took me a while to learn to appreciate their rough, sometimes shrill sound (and to discover all the layers in it that actually make it not rough at all) and the complexity of the songs that makes them not easily accessible. The story of Gojira and me could have ended there and then, but fortunately they play lots of festivals, so I saw them again a few weeks later… and got hooked!

This summer, I was lucky enough to catch them twice within seven days. First at Wacken Open Air, Europe’s biggest metal festival, playing the main stage as one of the medium important bands in the afternoon sunshine. Quite the opposite a week later: Into The Grave is a tiny festival in the Dutch smalltown of Leeuwarden with just one (not too big) stage, and Gojira played there as headliners late in the evening, unfortunately in heavy rain… 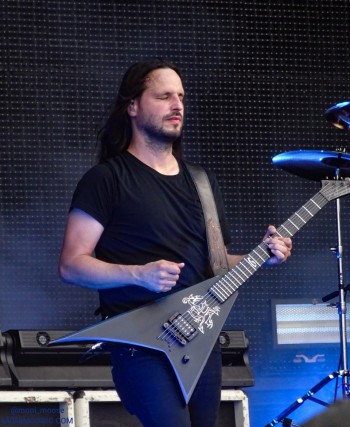 What the two shows had in common though was that Gojira totally nailed it. Obviously. Both sets were perfection down to every detail. The show – a huge video screen with artsy visuals, impressive even in daylight at Wacken, but even more so in darkness in Leeuwarden, along with a massive amount of flickering lights, and some fire to give the show even more of an explosive touch (and to keep uns warm in the rain…), as if the music didn’t do that job already. Oh yeah, flying whales on Flying Whales of course (inflatable whales that were thrown into the audience). The band – Mario Duplantier turning drumstick throwing into a show element, Jean-Michel Labadie treating his bass like a disobedient dog, Joe Duplantier and Christian Andreu mostly just being very very cool guys. The setlist – of course focusing on the Grammy-nominated album Magma with songs that made everybody scream along, but not forgetting about their older work either. Also worth mentioning, the fans – Gojira fans are clearly of the more obsessive kind, especially visible in Leeuwarden where the barrier was filled all day with people covered in Gojira tattoos, ignoring most other bands (kinda rude here and there…) and then going mental for the headliner. In Wacken, there was a wild mix of people wanting to see Gojira, Arch Enemy, Dimmu Borgir or all of them, but still the Frenchmen got a fantastic response.

But the most important thing to talk about with Gojira is of course the sound. So far I still have to experience a Gojira show with bad sound, but I feared for the worst at Wacken, because so many bands before them on the main stages had sounded weak and poorly mixed. Well, not Gojira! Somehow they managed to turn the PA up to twice the volume of the other bands and got an absolutely mind-blowing ferocious sound out of it. All those crushing guitar riffs hit your ears like a knife and went down from there into your bowels… listening to music turning into a physical experience. The funny thing is that I’ve heard and read several people say that they thought the sound was not so great… so either those people had very different expectations than me, or I was just very very lucky with my spot (naturally, on a festival site the size of Wacken, the sound can’t be the same wherever you’re standing). In comparison, the sound at Into The Grave was almost flat and, although still very well balanced in the mix, not as sharp as the week before, lacking the dynamic peaks of the Wacken show. That said, compared to any other band of the weekend Gojira still sounded fantastic – simply because they are a fantastic band! Obviously a great sound is not just the work of the sound technichian and a good PA. It’s also down to the musicians, and the Gojira guys delivered technically excellent playing. Especially their timing on all their tricky rhythmics was of incredible precision, and probably partly as a result of playing together in a stable line-up for twenty years now, they are so tight it makes you forget you’re actually hearing four different instruments played by four different people. The whole band sounds as one, and only the sky is the limit. 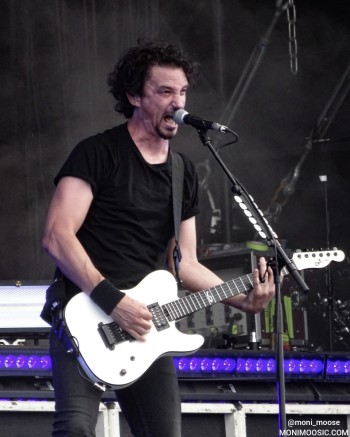 And there’s more to it. I sometimes feel like you have to appreciate Gojira at least in parts for the progressiveness of their songs, especially for the rhythmic complexity, and that you couldn’t fully enjoy them if you don’t get all of these details. But there was a guy next to me in Leeuwarden who was hardly able to clap along on a steady beat, and still sang along to the songs as if his life depended on it. Clearly the kind of people who take music straight to the heart without having any knowledge or abilities in the theory behind it (which is totally legit, no offense to anyone!), yet clearly he loved Gojira. There are just so many things you can love them for besides their musical skills – the brutality (and then the softness) of the music, the power of Joe’s half-singing, half-screaming voice, the lyrics, and just in general (not sure if I touched on this topic before?) that magnificent SOUND!