All of this is true for me regarding Myrkur and/or Sólstafir and their gig in Hamburg a week before Christmas. Myrkur is the band (resp. the one woman project) that I have been madly in love with since I heard her debut album M for the first time last spring. Sólstafir however… I had seen them at Copenhell festival in 2016, mildly enjoyed their set but got bored after a few songs. I checked out their music later, but still it didn’t really do it for me. So it’s true,  I went to this show solely to see Myrkur… with a slightly unexpected outcome!

After this very nordic evening had been opened with some dreamy acoustic music by Árstíðir (from Iceland just like Sólstafir), it was Myrkur’s turn.

I had already seen them/her at Damnation Festival (Leeds) in November and it had been nothing less than fascinating. Myrkur, or rather Amalie Bruun, the woman behind (and in front of) Myrkur, is a unique artist, not just because of her amazing skills as a singer and multi-instrumentalist, but also because of her open-minded approach to creating music, combining all kinds of influences from classical and folk music to black metal, and this way creating a very unique style. Besides, her way of performing – expressing the songs with her whole body – is not something you see very often in the metal scene, and she doesn’t sing the songs just the way they were recorded but adds some individual twists and touches to them at the live shows. Amalie can be an angel, a devil, a queen, a witch… She can be whatever she wants to be and whatever you want her to be. 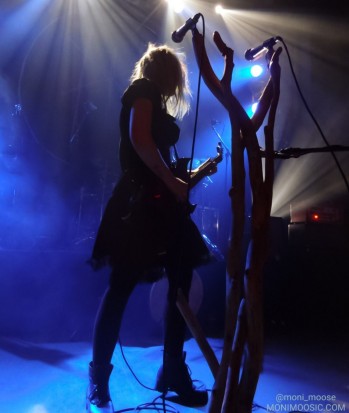 This performance in support of Sólstafir however… It had its flaws. The sound was far from good, Amalie’s vocals were almost inaudible, except of course for songs like Mareridt, Skøgen Skulle Dø, Vølvens Spådom and De Tre Piker that she sang (almost) a capella… but then, those songs sounded so stunning that they easily made up for the whole rest of the set! However, the problems were not just in the mix of the sound, but also for example in the guitar that sounded a bit flabby and unprecise, robbing for example the main riff of The Serpent of its force. And still, the performance was pure magic; the combination of the music and the mysterious lighting (I swear, this was worse than Katatonia! 😆) created a beautiful atmosphere that soaked you far into the depths of Myrkur’s songs. And of course I couldn’t take my eyes off the incredible Amalie… who did at one point come to the front of the stage and patted my head. What have I done to deserve this? 😂 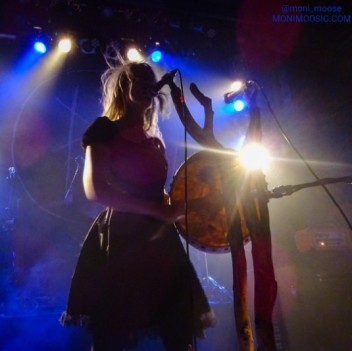 I considered leaving after Myrkur – as I said before, I didn’t expect too much from Sólstafir and thought it could only be anticlimatic after Myrkur. (And to be dead honest, I was simply longing for my bed because I was really exhausted from having to work countless extra hours in the weeks before (and after) the show.) But in the end, my inner music fan told me it would be fair to give Sólstafir a chance; after all it’s not like I completely disliked what I had heard and seen of them so far.

What can I say – they ended up blowing me away from the first to the last minute of their set. 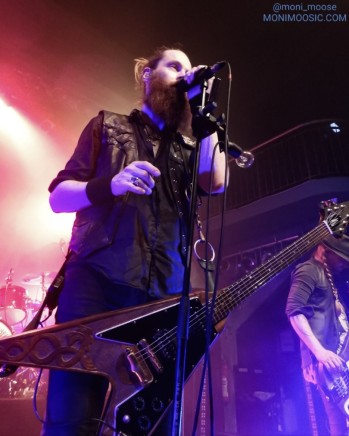 I’m not even sure what exactly you would call Sólstafir’s music… They are at home in the metal scene, but it’s not really ‘metal’ (anymore) – I’d rather say ‘wood’ is the most suitable material to describe their sound nowadays. 😉 Some jolty, rough, peculiar kind of rock music that sounds like it’s coming straight from the deepest forest of Iceland… and that’s how they look, too! They’re sometimes referred to as ‘psychedelic rock’ and describe themselves as ‘Atmospheric Icelandic rock and roll’. They’re certainly not for everyone, but – looking at the audience – the kind of music that attracts bearded men in checkered shirts or woolen sweaters, along with their girlfriends. 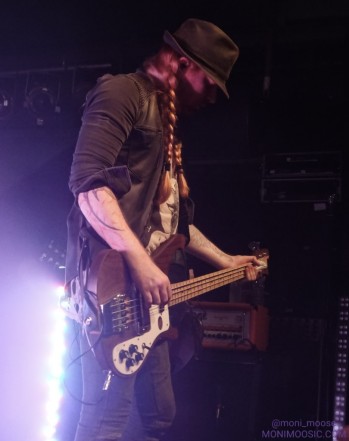 Live, they sounded amazing – very warm, very clear, very much the tonal equivalent to the delicate wood carvings on the guitar of the band’s frontman Aðalbjörn Tryggvason. Despite the effort of the whole band, Aðalbjörn was also the one who really made a difference for the performance, as he put an incredible amount of emotional energy into the songs. Whether he sang his lungs out and jammed his guitar on the heavier songs, or used a quiet moment in Hula to put his mic away and sing unamplified to the crowd that was listening in awe – his presence was absolutely captivating, as was the music, and therefore the set was filled with goosebump moments. Even if the band’s name describes sun rays, I feel like a small club on a dark December evening is exactly the kind of environment where Sólstafir’s music works best, at least much better than on a big festival stage in the afternoon sun at Copenhell. Anyway, I’m sure that this won’t stay my last Sólstafir gig, they’ve definitely won me over as a new fan with this performance! 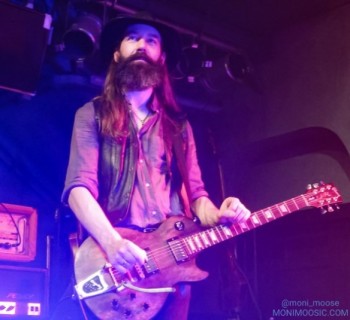 Myrkur and Sólstafir were a more than worthy end to my concert year, and did a good job at getting me into a festive mood in time for Christmas. Now let’s see what 2018 will bring!