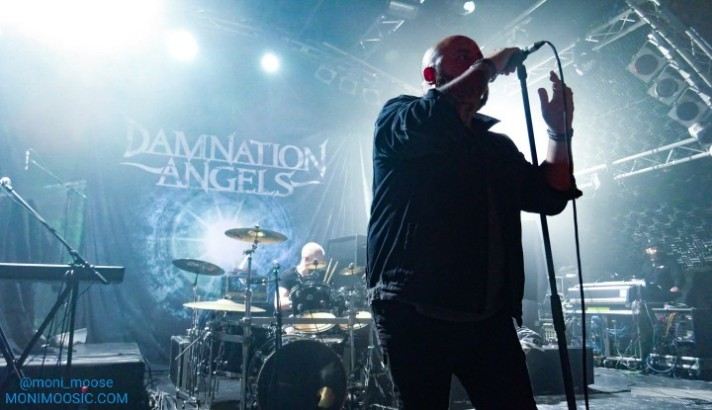 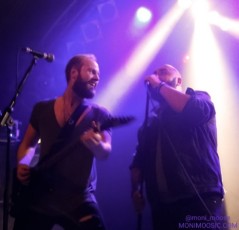 You know those bands that are so amazing but at the same time so unknown that it’s almost painful? Here’s one of them – Damnation Angels are a band you might not have heard of before. I can’t remember myself how I came across them almost 3 years ago (somehow on the almighty internet…), but I do remember that I listened to their music and was immediately blown away. Recently I finally saw them live for the first time when they came to my city as main support for progressive metal band Threshold. 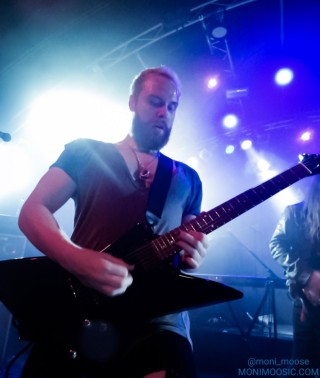 Some facts first: DA are a young symphonic power metal band from England (male-fronted, one might like to point out, as this genre is so much dominated by female singers). They have released an EP and two full-length albums so far, filled with long, grandiose songs, one more epic than the other, without ever getting cheesy, and without ever repeating themselves. Big melodies, nice guitar work and amazing detailed orchestrations that are quite remarkable, especially for such a young band. No surprise though, as the main songwriter and guitarist Will Graney is an experienced composer who has even worked on an album by Cradle of Filth! 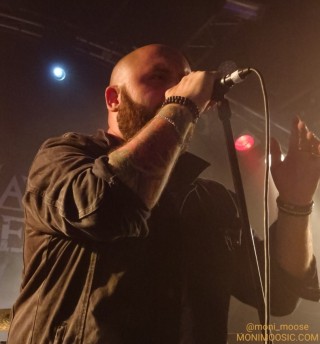 Despite the quality of their music, the career of Damnation Angels has seen some ups and downs. Singer on both albums was a Norwegian guy called PelleK, who happens to be somewhat of a Youtube celebrity and therefore probably gained the band quite a few listeners. But shortly after the release of the brilliant second album The Valiant Fire in spring 2015, PelleK left the band as he was too busy with his own career, and DA started a public search for a new singer (I considered applying myself for at least half a second, hehe… 😉 ). In the end, the chosen one was Argentinean singer Ignacio “Iggy” Rodriguez. I’ll have to be honest here and admit that I was a bit sceptical about this choice, because to me he sounded like one of those generic power metal singers who are all about showing off and belting out high notes and not so much about giving the song what it needs. But I’m always willing to give people a chance to prove themselves, so fast forward to November 2017 and my first live encounter with Damnation Angels in my favourite venue, Hamburg’s Markthalle. 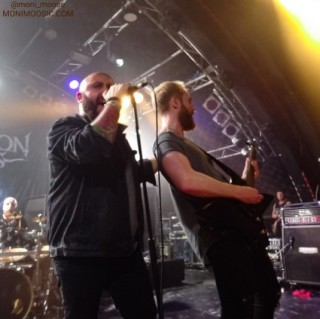 The average Threshold fan is in their late 40s or 50s (I felt like I had come to the wrong party…) and comes out to the show very late – or not at all. There were only a handful of people in the venue for the first band of the night, Day Six, and it didn’t get that much more crowded for Damnation Angels. They started the show with Finding Requiem, and while it was absolutely overwhelming for me, the rest of the crowd was completely dead, mostly just standing there with their hands in their pockets. Feels quite weird being the only fan – well, not exactly the only one; there were a few people here and there who might have remembered DA from their last tour with Threshold and who showed some reaction, but the majority was almost petrified. Not an easy task for a band, but the motivation on stage seemed to be high and they did their best to get the crowd going. Whether it was the attempts of the band to make people clap along, the fact that they apparently enjoyed themselves a lot on stage, or simply the great music – towards the end of the 45 minute set the audience woke up a bit and the band got some well-deserved response. 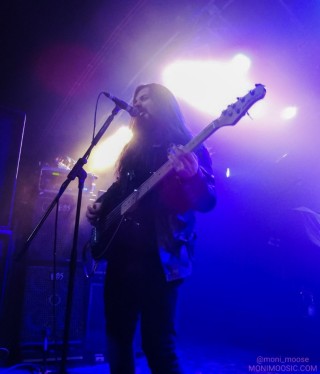 Right at the front where I was standing, the sound mix wasn’t 100% perfect, but still very clear so I could hear all parts very well. Groovy bass, heavy guitar (although I thought here and there that a second guitar might be worth adding to the line-up, especially when Will was playing solos), energetic drumming, nice backing vocals from Will Graney and bassist Nic Southwood, backing tracks for the orchestra parts. Regarding what I said above about the new singer: Live, he completely convinced me! Besides being an active and sympathetic front man, his voice is really powerful, and not only can he indeed belt out some proper high notes, but he also really moved me with the lower, softer parts of the songs where his voice got really emotional. All in all, DA are a bunch of very skilled musicians who delivered a tight performance, and I loved every second of it! Sadly, the show was over in the blink of an eye; with all the songs being over five minutes (topped off by the closer of the set, 10-minute song The Longest Day Of My Life) there wasn’t time for more than about six songs.

So what’s next? A new album is said to be in the works and there’s also talk about a headline tour. Still probably quite a few months to wait though – time for me to be patient, and time for you to check out the first two DA albums in case you don’t know them yet. I promise you won’t regret it! 😉 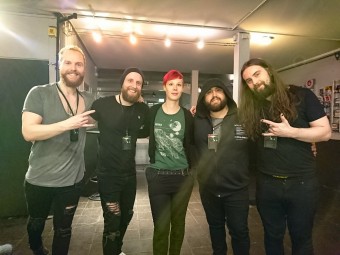