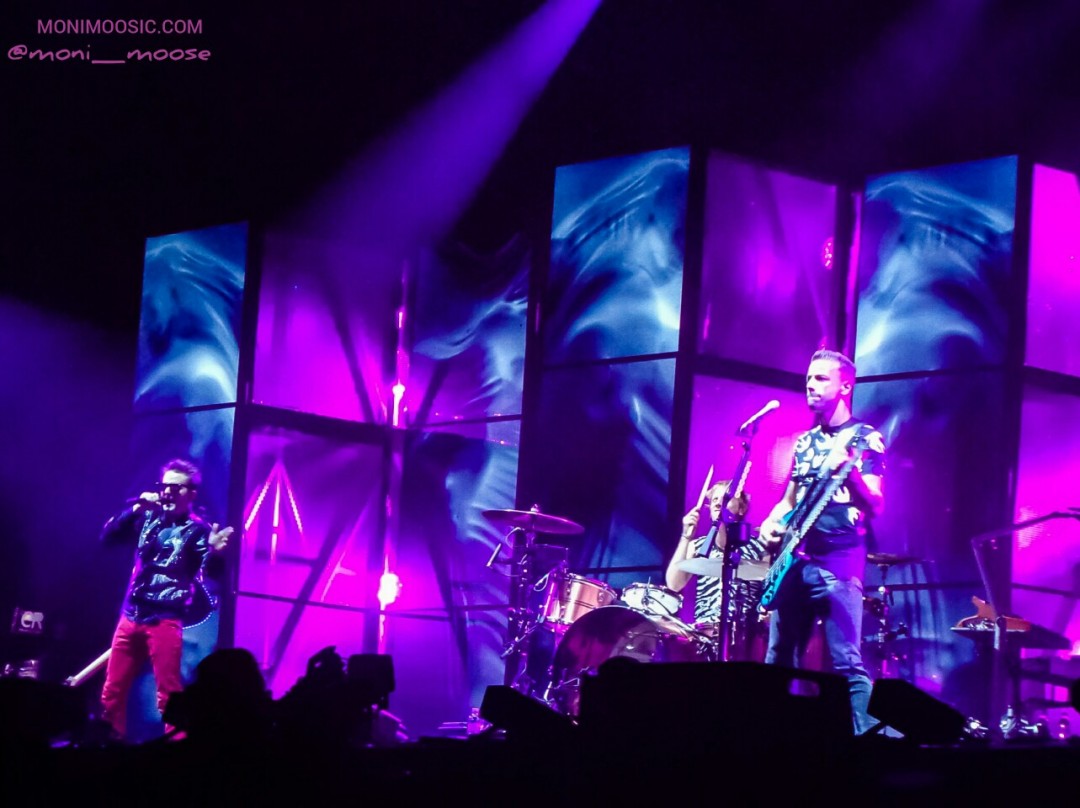 Muse and others, Reading Festival 2017

(scroll down if you’re here to read about Muse…)

Eight days after Muse’s insane ‚by request‘ gig, I found myself at the airport again. Same time (fucking early), same flight number, same destination: London Stansted! But this time, London was just a stop-off on the way to Reading, which is easy to reach by train from the capital.

I didn’t have my ticket on hand because Ticketmaster didn’t ship it to Germany, so my option was to pick it up at the ‘venue box office’. I hadn’t seen such a box office on the festival map, but surely I would be able to sort it out at the festival site…?

So. I arrived in Reading around 10am. Happy to get there early (well, quite late by Muser standards – doors to the site opened at 11) I walked those 15-20 minutes from the station to the festival and asked the first staff member who crossed my path about that box office… and he was really really sorry about it, but, as he told me, said box office was in the town centre, not at the festival. Right then… all the way back to the station and beyond I marched, found that goddamn box office, got my ticket, and back to the festival on smoking feet. (At least now I can claim I’ve seen quite a bit of Reading City. It’s rather boring, just like most other British towns… which means that I love it!)

Doors had long opened when I finally entered the site, but much to my surprise, not all of the first row was filled with crazy Musers yet, so that was where I settled and prepared for a 10 hour countdown to Muse. 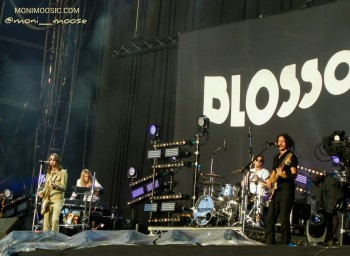 Indie band after indie band entered the stage, and I was reminded of why I have basically stopped listening to this genre some years ago… they’re all terribly boring! (If someone knows a young indie or britrock band that is NOT boring as fuck, please feel free to recommend them to me, I’ll happily check them out… but I doubt I will agree. Except if it’s Nothing But Thieves!)

Somewhat misplaced between some girly indie pop act and some rapper (who brought another rapper friend on stage who made the crowd go nuts and people cry on their phones afterwards, because, as I was told, his name was Drake and apparently he’s famous…), there was one heavy band: Architects, who played a good set and seemed to have a surprisingly large number of fans in the audience, but didn’t make new friends in the front row when they announced they wanted to break Enter Shikari’s crowd 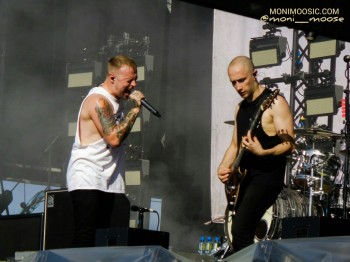 surfing world record. Believe me though, that humble number of surfers I saw coming over the barrier following the call was NOTHING compared to the mayhem that happened during Enter Shikari’s set in 2011 (Muse day as well 😉 ) and also nothing compared to when I saw Architects at Nova Rock Festival recently – or rather when I did NOT see them at Nova Rock because I had people lying on my head non-stop all through their set..

Much anticipated by me and many others (except for that nice young lady next to me who seriously had no idea who he was…), Liam Gallagher was the last act to play before 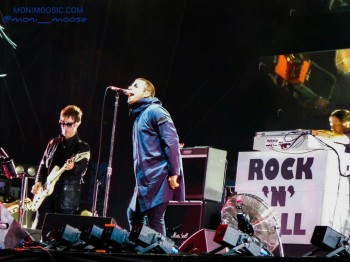 Muse. Dressed in a totally fashionable combination of sunglasses and a big winter coat, and of course equipped with a selection of percussion instruments, he and his band played a balanced mix of Oasis songs and Liam’s solo stuff. Nothing to complain on the musical side, but I found his “fuck you I’m too cool for this shit and I don’t really wanna be here anyway” attitude very tiring after a while – there are a lot more likable and entertaining wannabe-assholes in the music biz, for example the Kasabian guys… speaking of Kasabian, it was nice to see their former guitarist Jay Mehler on stage with Liam!

There was a long break while the stage was getting prepared for the headliner. It was getting very crowded at the front now, but (throughout the whole day) it was still a lot more relaxed than what I remember from 2011… it’s true that concert and festival crowds have become a lot more tame over the last years.

Of course nobody expected a ‘special’ set like the week before at the Shepherd’s Bush Empire, or even like their last Reading/Leeds appearance when they played the full Origin Of Symmetries album. Indeed, Muse played a very generic greatest hits set, Showbiz being the only song out of the norm (candy for the fandom of course if Muse have learned from the setlist voting that this song should make a regular appearance from now on!). 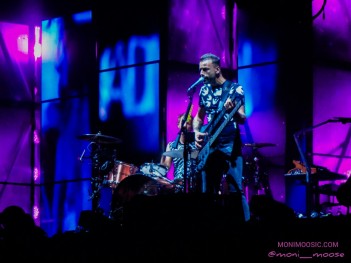 To me, the guitars sounded a bit weak today, lacking power and beefiness, so all the heavy riffing and rocking didn’t kick as much ass as usual. On the other hand, Matt’s vocals were absolutely phenomenal once again – it can’t get any better that this! Therefore, the ballads were my highlights of the set this time. Dig Down, Madness, and of course one of my favourites, Take A Bow… goosebumpiness on a very high level! I was especially surprised how much I liked Dig Down! This recently released non-album song is surely an unusual choice for a set opener, and I have to admit that so far the song had made me rather roll my eyes like so many other fans, but it sounded absolutely amazing live, and with the way the song builds up, it worked like a kind of prelude to the show before the set really kicked off with Psycho.

And then, something special happened at last. When the band came back on stage for the encore, Matt said something about “the best rock singer from this country”… was he talking about himself?? No… suddenly there was none other than Brian Johnson on stage and took over lead vocals for Back In Black, while the Muse guys were obviously having their schoolboy dreams come true and jammed out with incredulous grins all over their faces. Of course, incredulous grins, shock and happy disbelief all over the audience as well!

Muse haven’t been a big name only since yesterday, but if the singer of AC/DC comes out 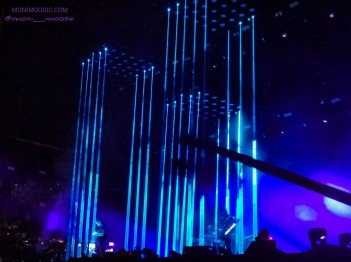 to perform with you while he doesn’t even perform with AC/DC, then this might be a sign that you have really arrived in the league of the biggest bands on this planet. Even if that means that we have to share our favourite band with legions and battalions of other obsessed fans, I couldn’t feel happier for these three boys from Teignmouth, because they have earned and deserved this so fucking much!